Visual Resume for a Telecom Executive 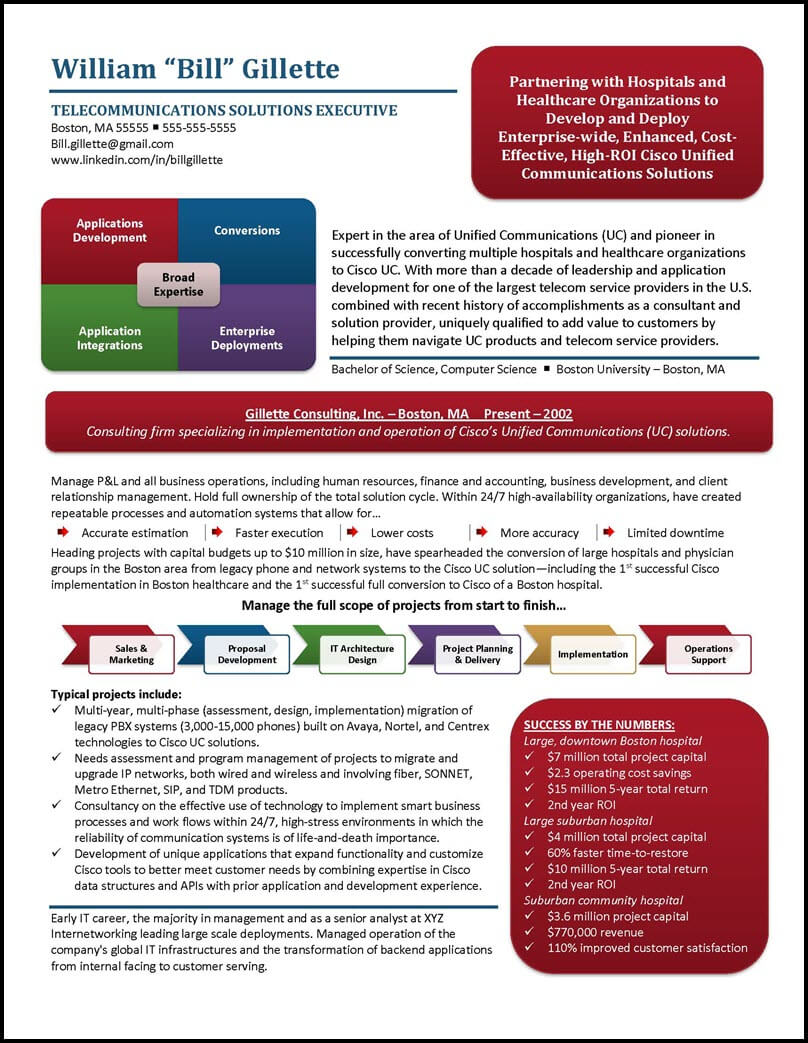 See Examples of the Difference a Professional Resume Can Make

As you design your visual resume, think strategically about exactly what parts of your background and qualifications you want to draw attention to. In this visual resume example, we used design to showcase major qualifications and accomplishments. If you were the recipient of this document, what does glancing through it quickly tell you? Here are just a few of the key points:

If you were in Bill’s professional network, simply from this quick look at his visual resume, you understand him and his consulting business and expertise better than you ever have before, and you are now more capable of speaking on Bill’s behalf if you refer him or introduce him to people in your network. You are also able to email people in your network copies of Bill’s powerful visual resume, so they can better understand Bill’s offerings. This, of course, helps Bill grow his own network wider and wider, and gets the word of his consulting services out to more people than ever before.

If you are ready to book a project, you may do so here.