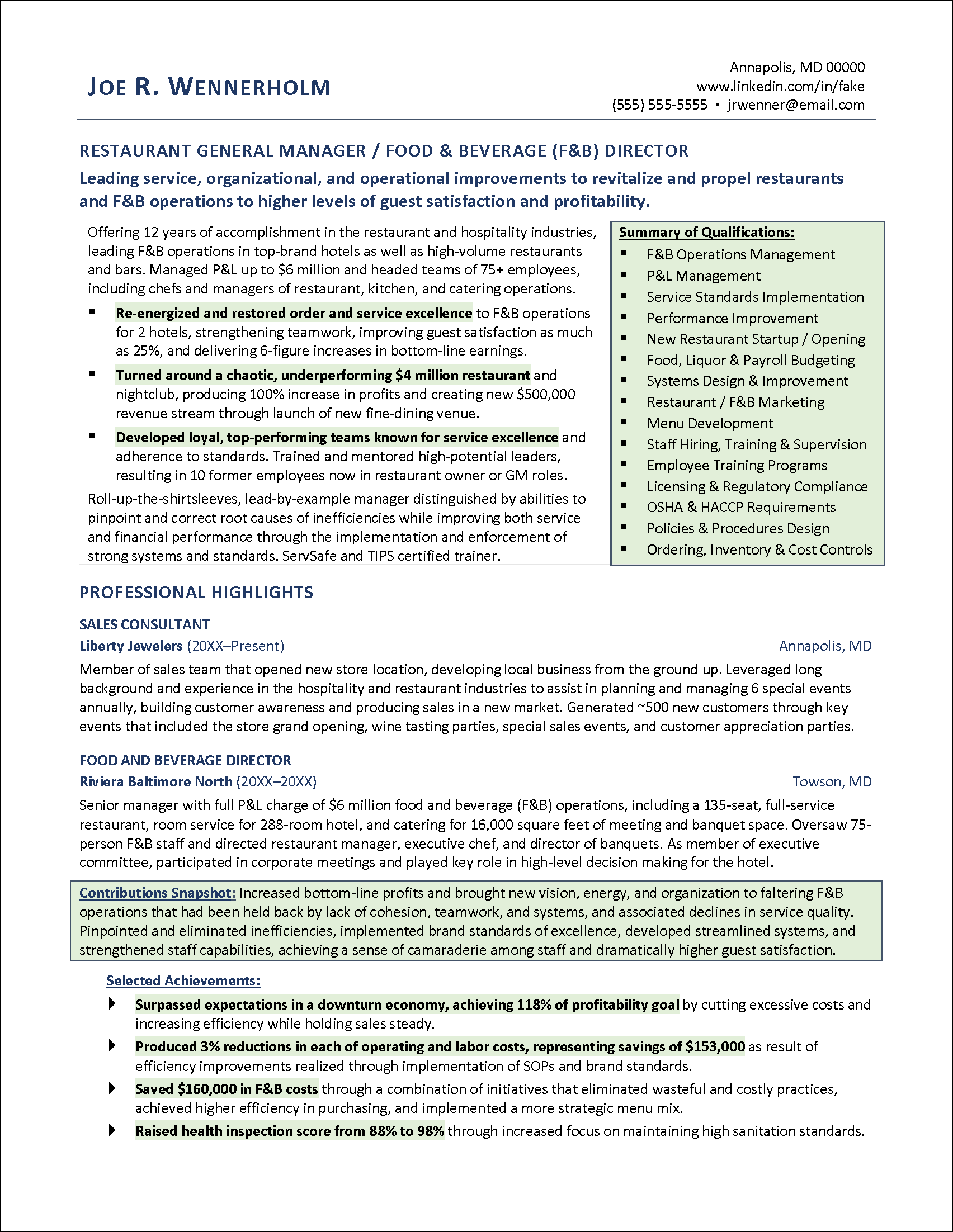 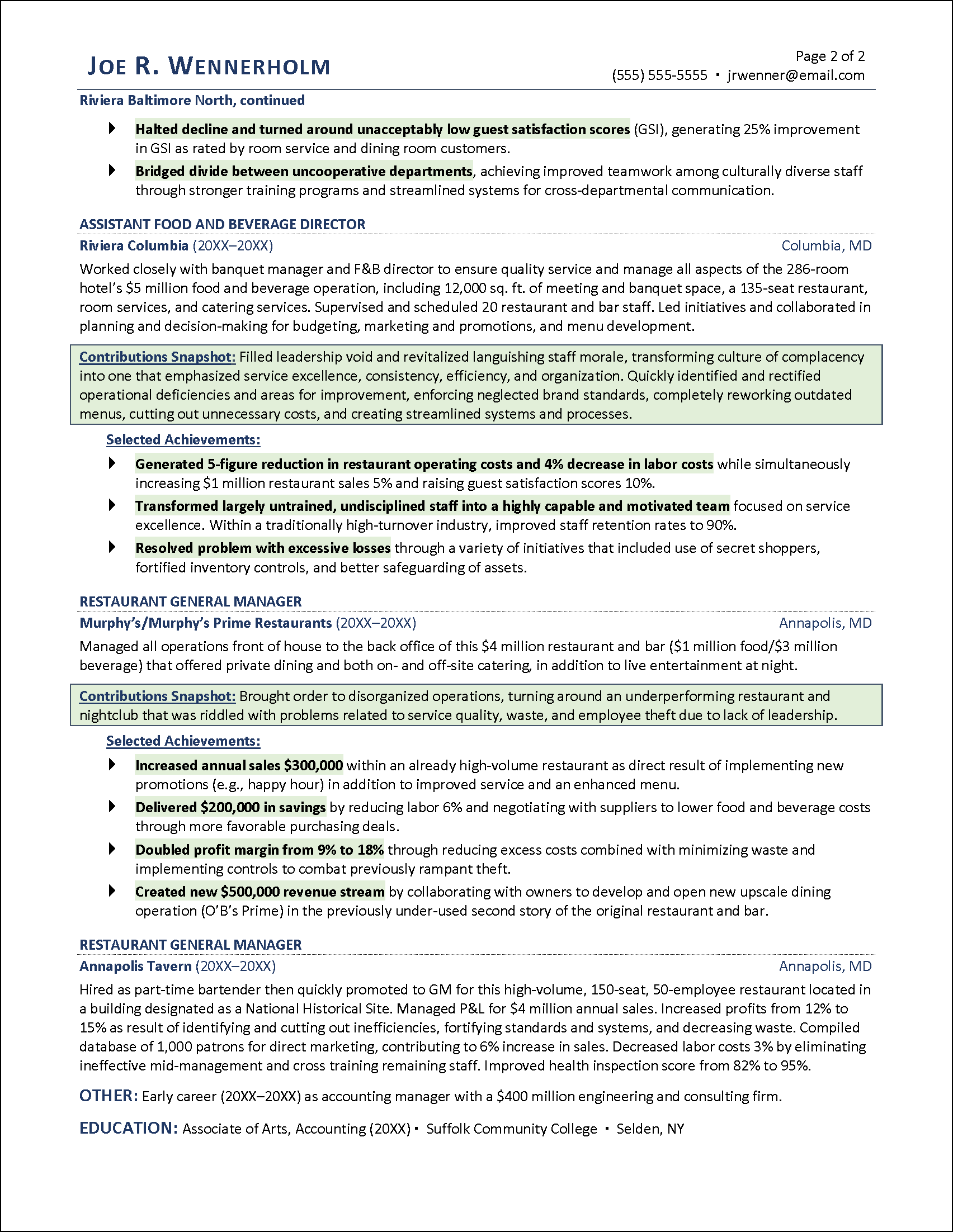 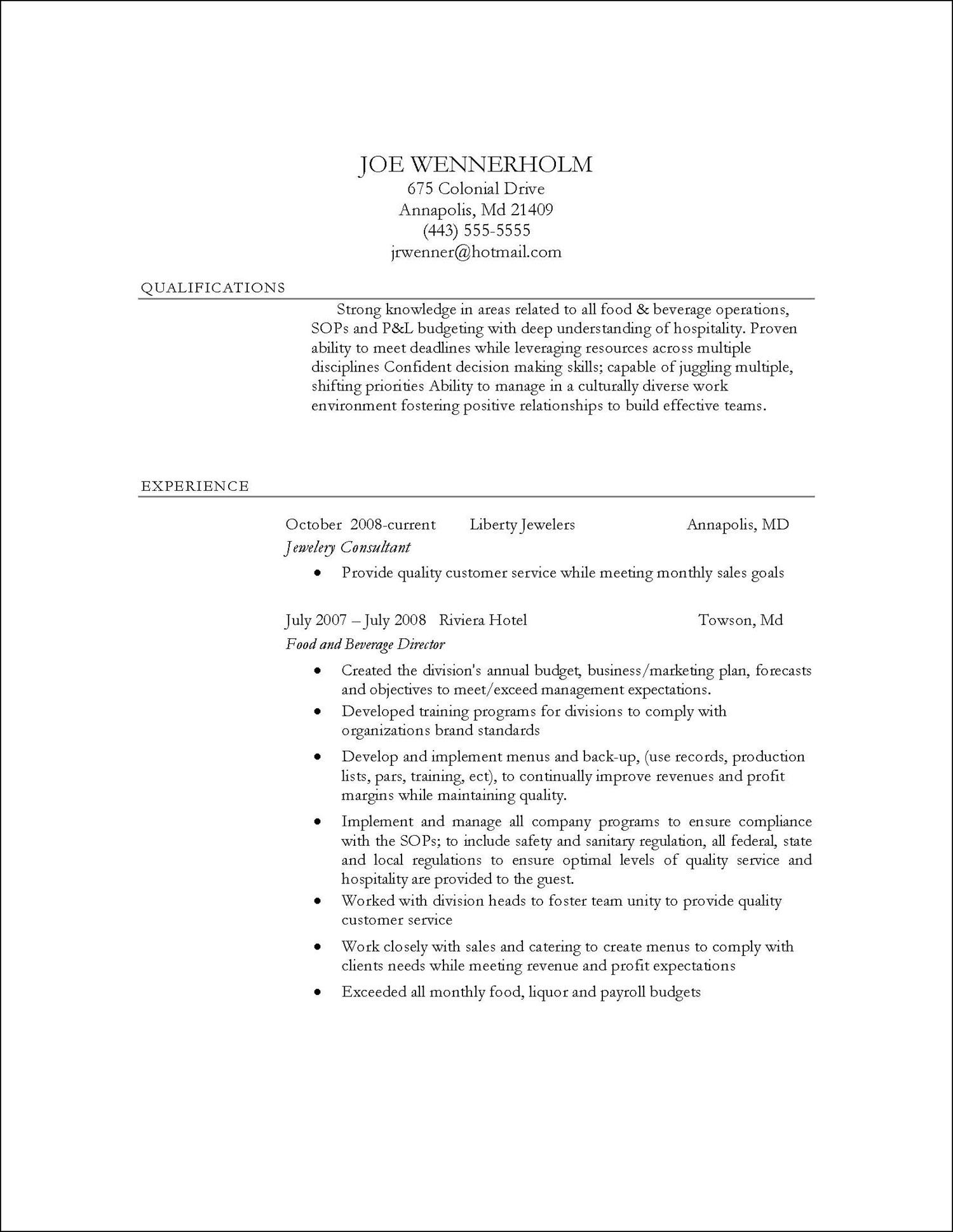 After taking an interim position to “pay the bills” as he put it, this restaurant manager was having no luck returning to work in the restaurant and hospitality industries. A major problem, we determined, was his self-written resume. This resume was breaking just about every resume writing best practice, and it was doing little to nothing to sell his true potential.

After speaking with him, it became clear he was extremely qualified and accomplished, and yet none of these accomplishments were being called out in his original resume.

In rewriting this restaurant manager resume, we used what is known as the CAR resume writing technique. This method of writing a resume helps to turn career experiences into a story of challenges faced, actions taken, and results produced. It turns dry bullet points and job responsibilities into a compelling, interesting, and memorable story.

Wherever possible, we used numbers in the resume to back up and illustrate the value he had produced for past employers. The resume design is subtle and traditional while still catching the eye and making the resume easier to read.

Also, notice the extensive use of industry keywords. Keywords are critically important if you want your resume to perform well in applicant tracking systems. For this restaurant manager resume, we studied job announcements that he would be applying for and made sure we incorporated the words each employer was using to describe the qualifications they sought. We also instructed the client on how to make minor customizations to the resume for each job he applied for. With these changes, he was back to work in a lucrative restaurant general manager job in no time!

Learn More & Get a Quote