SEE HOW WE TACKLED SEVERAL PROBLEMS IN THIS ACCOUNTING RESUME 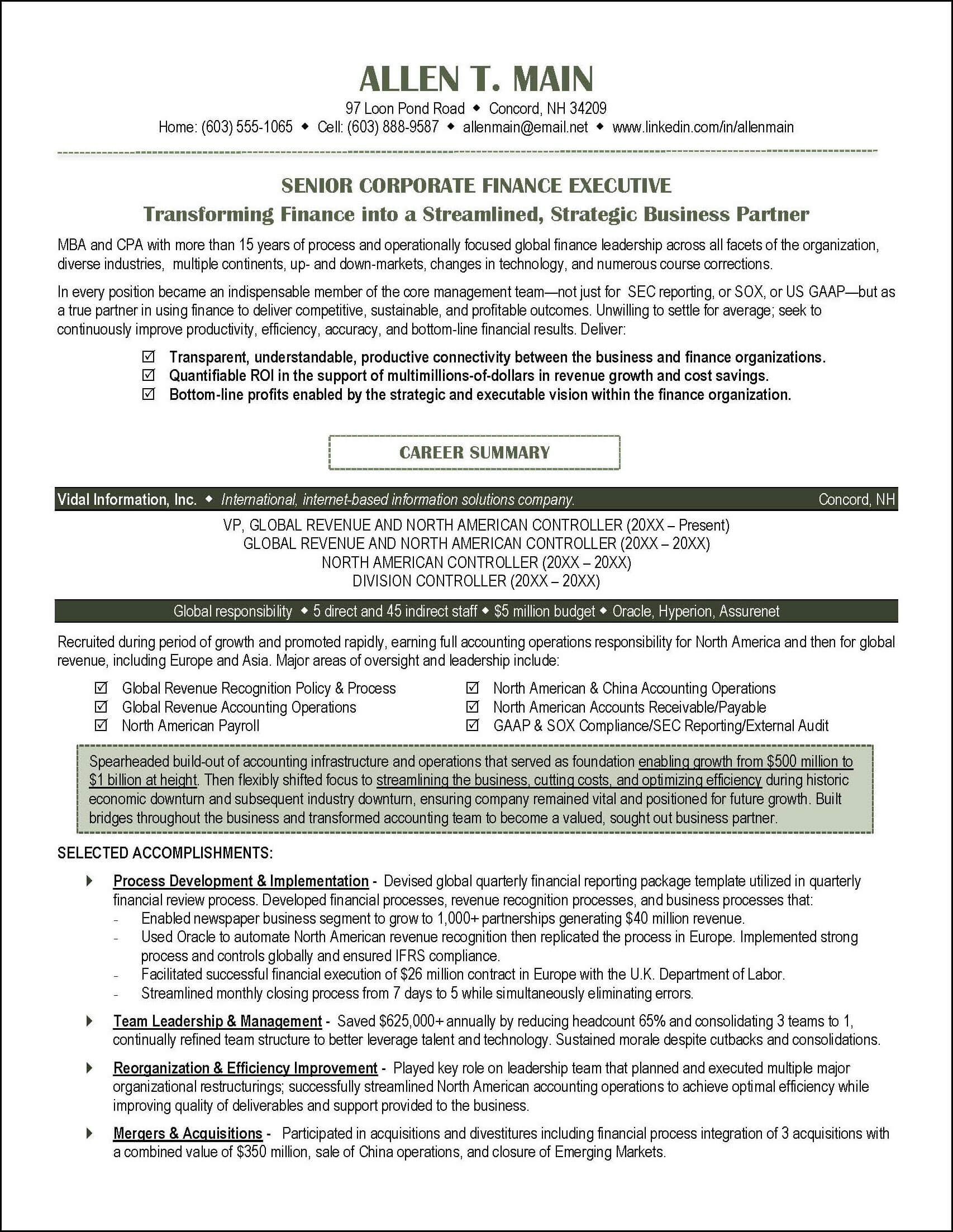 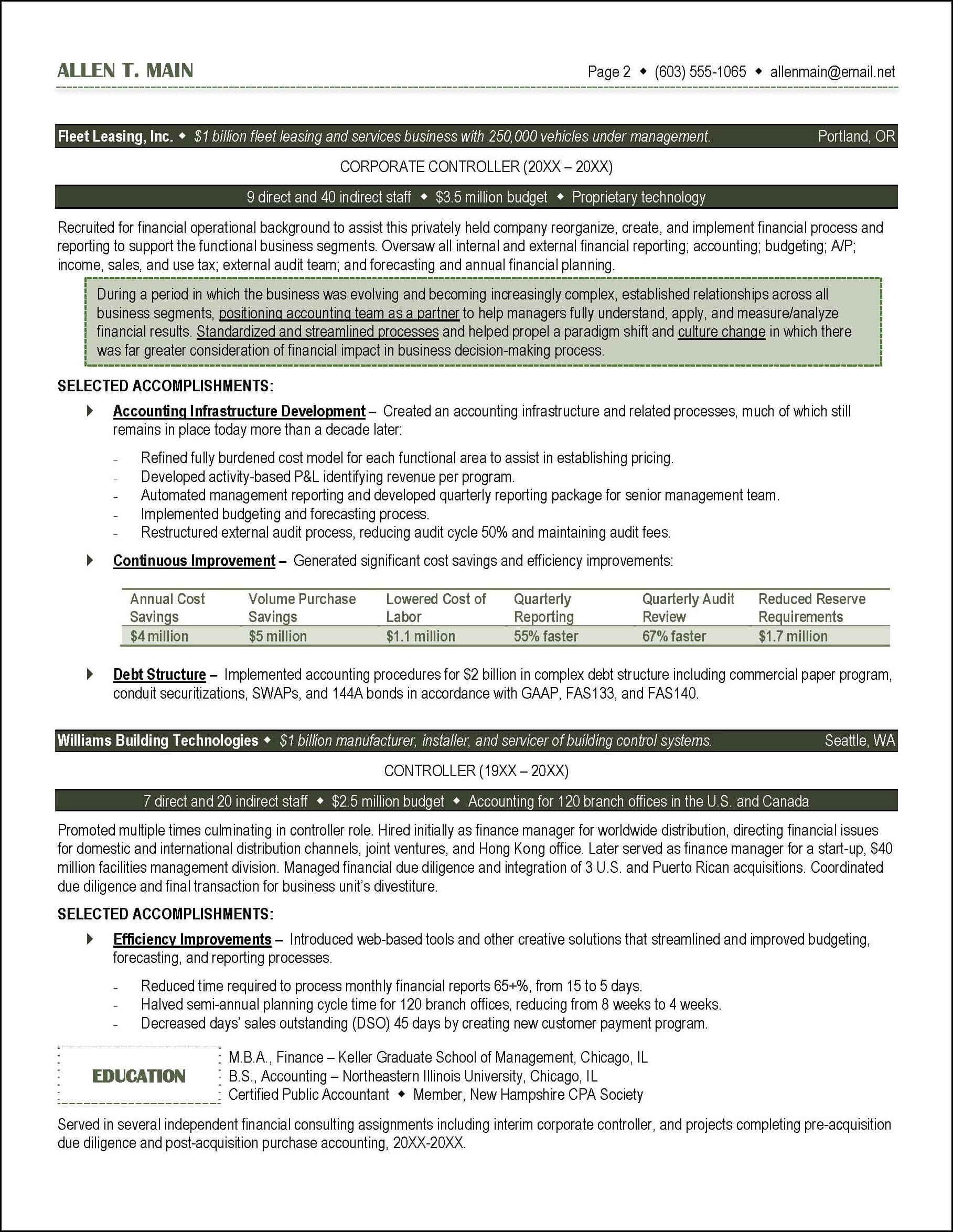 This accounting resume was written and designed to solve several problems. The client was concerned that he had spent nearly a decade with a company that had been in rapid growth mode when he first joined them, but then quickly went into decline, along with the economy. He was worried that the company’s revenue decline would reflect back negatively on his capabilities.

A second concern was that he had resigned from his last company with plans to start an independent consulting firm. While he completed a few small freelance assignments, he did not enjoy the sales and marketing aspect of running his own firm and jumped at the chance to return to traditional employment. Unfortunately, this left a not very flattering time period in his employment history.

Our Solutions for this Accounting Resume

In consultation with the client, it became clear that while his current employer’s revenues had declined (an aspect of the company he had zero control over), his contributions in reorganizing and streamlining the company so that it remained vital and positioned for future growth when the economy rebounded, were absolutely essential. Without his financial leadership, the company may have failed completely during these years. Instead, by the time we were preparing this accounting resume, the situation was looking much more optimistic for the company and they were entertaining several options to restart growth once again.

The client’s very real contribution in all of this was his transformation of the financial function from just an accounting arm of the company into a strategic business partner, a value proposition that we showcased throughout his accounting resume.

Care was also taken to balance the content with growth-focused language and achievements to illustrate that the client’s value proposition was just as relevant and beneficial when a company was in growth mode. This helped to prevent him from being pigeon-holed as a leader for downsizing initiatives.

The client was not able to provide any significant accomplishment stories from his consulting years. So, rather than take page space and attention away from the more relevant experiences, we chose to describe the consulting briefly at the end of the accounting resume. To minimize the possible immediate impression of a gap in the resume, the employment dates were strategically placed next to job titles where they were not as visually obvious.

Learn More & Get a Quote