5 Steps To Landing The Job: How To Follow Up After A Job Interview 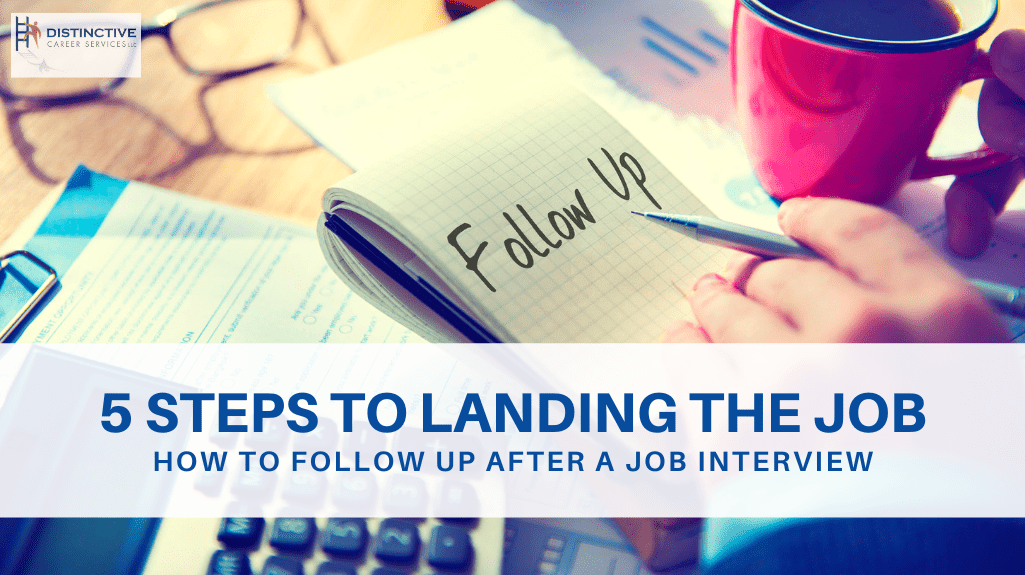 The job interview is over.  You rerun it in your mind, probably repeatedly.  In so doing, however, you’re actually distracting yourself from taking steps that may still impact whether you get the job or not.  After all, there’s no point in herding “COWS” (Coulda, oughta, woulda, shoulda).

What you should do is follow up after the interview.   The job interview might be over but your prospective employer’s decision-making process has just begun. If you take some simple steps to follow up, you may actually make the company’s job (to hire you!) much easier.

Thinking you were so good you don’t need to follow up is an amateur move. These people are looking for professionals, remember?

Here, then, are five things you should do once the job interview adrenaline has worn off.

A button down job in a traditional button down environment probably requires a formal written letter.  A job with a social marketing firm?  Um, not so much.  But whatever you send, proofread it.  Nothing like misspelling your interviewer’s name to ensure that you’re never forgotten (and likely not hired either).  And no boilerplate.

Take the time to craft a thank you that is clearly a response to this interview, not just a job interview.  If you were interviewed by more than one person, they each get their own thank you.  Don’t have time?  Hmmmm…just how important is this job to you?

Provide some details on a project your worked on that would be relevant to something that came up during the interview for example, or if you run across something you believe might be of interest to the interviewer, forward it.

If you know someone who knows someone at the company, see if there’s anything they can do for you.

People often do this when they are afraid of the rejection they “just know” awaits them.  Seeking employment is not for the faint of heart.  Following up on a job interview isn’t either.  Show them you want it.

HR professionals know how hard it is to reject job applicants and they generally don’t feel good when doing so.   Make that person feel better by showing how he/she can offer value to you while you demonstrate that you’re a consummate professional.

There is, after all, no guarantee that the person they hired will actually work out.  If not, who do you think they’ll call first?